In 2017, Minister of Economy, Trade and Industry Hiroshige Seko announced a new strategy called Connected Industries based on the Fourth Industrial Revolution, including the spread of the “internet of things.”

It will enter the execution stage this year where concrete measures, including support of inter-company collaboration through data sharing, will move forward, based on CI’s fundamental policy of creating added value by connecting corporations and people. CI will be the driving force for economic growth amid the rapidly changing industrial structure with the development of internet of things devices and artificial intelligence.

One of the most important themes of CI is maximizing harmonized fields. Japanese companies have improved their skills and know-how through fierce competition with other corporations. Seko, however, is stressing the need for companies to be open.

“The time has come to proactively cooperate with one another outside their fields of competition,” he said.

If collaboration among companies moves forward, not only will the supply chain and management of individual companies become more effective, it will become easier to trigger discontinuous innovation (technological innovation). The Ministry of Economy, Trade and Industry is aiming to dramatically strengthen industrial competitiveness through these efforts.

In February, the Diet enacted the supplementary budget for fiscal 2017. The METI-related budget includes measures to expand harmonized fields, one of which is the allocation of ¥1.8 billion to promote industrial data-sharing businesses.

It is a framework to provide financial support for a consortium (joint business) that aims to share data through adopting a standard format and API (application programming interface). By prioritizing support for measures to collaborating with other data-sharing bases, the ministry hopes to expand the circle of cooperation.

Another area to focus on in the supplementary budget is promoting joint businesses between major and midsized corporations and AI startups. The aim is to create an innovative AI system by merging the rich real data possessed by major and midsized companies and the advanced technology of startups. A budget of ¥2.4 billion has been allocated to integrally support from proof of concept to full-scale introduction. The ministry’s support is expected to cover CI’s five priority fields such as automated driving, manufacturing, and infrastructure safety.

To promote CI, Seko said, “We will concentrate on injecting all policy resources, including the budget, taxes and regulation.” Based on this idea, the government launched a new tax system from fiscal 2018.

In June, the Diet approved a bill for the Act on Special Measures for Productivity Improvement as a major drawcard for its economic policy. The law includes a “CI tax system” to provide support for intercompany collaboration and data utilization by reducing the tax burden.

Based on the law, the government approves measures taken by corporations to share and collaborate on data, and prioritize tax breaks for measures accompanied by capital investment such as the internet of things, machines and robots. The strategy encourages acceleration of intercompany collaboration and digitalization of industries by promoting industrial data-utilization businesses at the same time.

Moreover, it will become easier for approved companies to acquire and use public data. The ministry has created a system that will enable such companies to request data from related ministries and agencies and other public organizations through the relevant minister, expecting the utilization of public data in such fields as transportation, medical care and weather.

Toward the next steps

“With the enactment of the supplementary budget and a new bill, we have driven cross-sector measures further,” explained Takashi Kono, deputy director of the Information Economy Division in charge of promoting CI-related policies. “Now, the key is to take measures for individual sectors.”

The next steps have been discussed intermittently at subcommittees with the participation of parties concerned, including major corporations of various fields. The issues have been discussed at the Roundtable Conference on Connected Industries headed by Seko. The ministry plans to announce the results in the near future.

The concept of CI lies under a strong sense of crisis toward the rapidly changing world. Data digitalization is showing no signs of stopping and U.S. IT-related companies are increasing their influence. Furthermore, government-led digitalization strategies including Germany’s Industry 4.0 (I4.0) and China’s Made in China 2025 are also accelerating.

There is a serious concern that “Japan will become a follower if this situation continues.” In order for Japan to take the lead in a rapidly changing world, both public and private sectors need to adopt flexible measures. 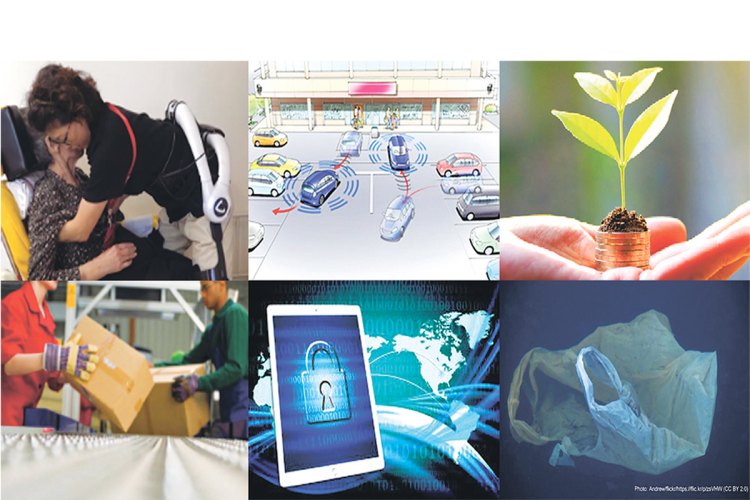