The J-Startup program was launched in June 2018 as a part of Japan’s growth strategy.

Wide-ranging initiatives on this have been undertaken, including efforts to help companies selected for the program expand their footprint overseas, increase their opportunities to participate in government procurement bids and create chances for them to establish relationships with executives of large companies.

The program is now in its final phase. How will it support further development of a startup ecosystem that has just begun functioning?

The METI Journal asked Hajime Furuya, director of the Startup and New Business Promotion Office at the Ministry of Economy, Trade and Industry, his thoughts on the matter. The following is an edited excerpt of Furuya’s comments.

IPO not the only goal

The J-Startup program has so far selected a total of 139 companies to support. I now feel we need to diversify their growth paths, in addition to creating an environment conducive to their growth.

In Japan, the mainstream way of exiting investment is an initial public offering, but in the United States, nearly 9 out of 10 exits are through mergers and acquisitions.

We think startups should be able to take the strategy of raising large amounts of money before listing their shares, in addition to listing, so that they make their presence felt dynamically in the global market.

For this, we have high hopes for the role of larger businesses tying up with startups and the active role of corporate venture capital investment. The recently launched Open Innovation Promotion Tax System is aimed at promoting tie-ups between large companies and startups. We believe we can create a significant impact on society by combining technologies and business models of startups with the business resources of large companies and help them develop as bases of larger growth. 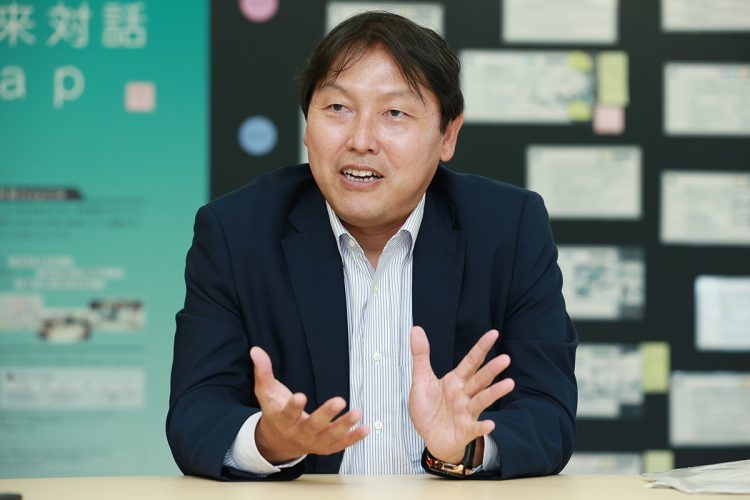 Experts believe that seeds of innovation are rooted in diversity