Expo 2025 Osaka, Kansai, Japan — Expo 2025 for short — will take place on Osaka Bay’s Yumeshima island, part of the city’s Konohana Ward, from April to October. Under the theme of “Designing Future Society for Our Lives,” the event aims to help create a society in which sustainable development goals (SDGs) advocated by the United Nations are achieved.

The organizers plan to design the venue as a “test field for future society,” showcasing technologies and ideas that can drive the vision of the Japanese government’s “Society 5.0” — a supersmart society. The goal is to fashion the expo as a festival where visitors can get a taste of technology’s potential to empower efforts to solve social issues.

The 1970 Osaka Expo, held under the theme of “Progress and Harmony for Mankind,” was filled with advanced technologies that visitors saw for the first time, symbolic of Japan during its high economic growth phase. A video telephony system, warm-water bidet toilet seats and moving walkways at the first Japanese expo brought the excitement of witnessing a previously unseen world and its technologies. But Expo 2025, expected to draw some 28 million visitors, will highlight not just material abundance, but lifestyles rich in peace of mind, health and fulfillment.

Yumeshima is an artificial island in Osaka Bay. It is partially used as a logistics center, but the rest remains a vast, empty landfill site. It is exciting to speculate how the site will be transformed. This project — akin to painting on a blank canvas — is set to begin.

In the meantime, full-scale efforts are being made to prepare for the 2020 Expo in Dubai, which precedes Expo 2025.

World expos and innovation go hand in hand. In fact, such expositions have often gone beyond their role of showcasing technologies and products that symbolize the coming future and served as a trigger, changing lifestyles and values, and inspiring businesses to innovate.

“The 1970 expo helped change the way people think about uniforms, which until then were regarded as nothing more than functional office clothing,” said Jinko Nakahara of the Tokyo uniform section at Toray Industries Inc.’s uniform and advanced textiles department. “It had an impact strong enough to radically change the landscape inside offices.”

Toray supplied the uniforms for attendants at the 1970 Osaka Expo’s corporate pavilions. The company is now designing uniforms for the Japan pavilion attendants at the Dubai Expo that opens in October. Toray is in the final phase of working out a way to realize the worldview of Kunihiko Morinaga, a young, internationally active fashion designer in charge of the Anrealage brand, using the company’s sophisticated functional materials.

Additionally, Toray aims to showcase an image of a company that uses innovative technology and sophisticated materials to overcome global challenges, such as maintaining economic growth while ensuring sustainability at the same time.

“A company in an upstream industry like ours is barely visible to general consumers,” Suguru Asai, Toray’s Tokyo uniform section manager, said. “That’s why it’s important to use this expo as an opportunity for delivering ideas about society in the future and our company goals.”

He continued: “When we were previously involved in supplying the uniforms for the Japanese pavilion at the 2015 expo in Milan, we focused on advanced materials that achieve both functionality and ease of use, and provided uniforms made of the most advanced textiles available at the time. These materials are now widely used in clothing that people wear daily.” 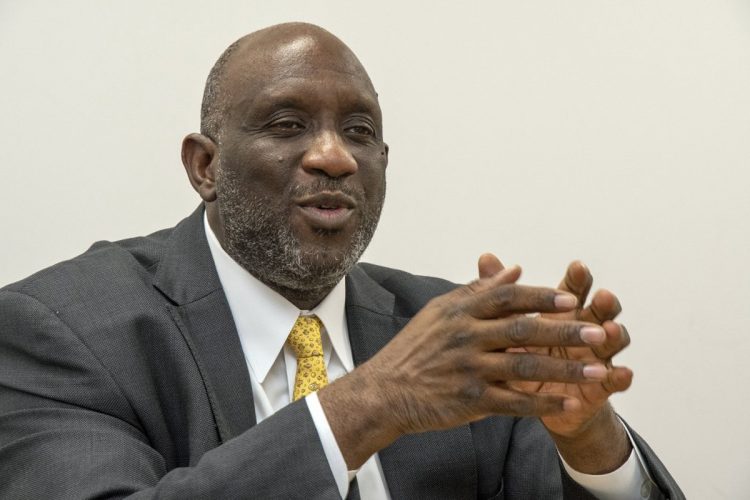